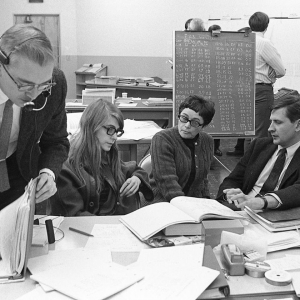 Fifty years ago a crew of three astronauts rocketed out of our atmosphere with the goal of landing on the moon. Neil Armstrong, Buzz Aldrin, and command module pilot Michael Collins are immortalized for landing on the moon. Numerous technological advancements helped NASA achieve its mission, but the work of hundreds of thousands of engineers on the software to control the command and lunar modules was the foundation that made this fantastic adventure possible. Their 145,000 lines of code is surprisingly terse compared to modern software projects. The abort routines written by Margaret Hamilton became one of the more important sections of the code. Aldrin and Armstrong encountered the 1202 “system overloaded” error while attempting to land on the moon. This error nearly stopped their mission short, but the astronauts and command crew back on Earth trusted their software and let the on-board computer reset itself and ignore non-essential routines so all available resources could be focused on the landing.
The moon landing was as much a software engineering project as it was a rocket flight. Happy 50th anniversary to the Apollo 11 mission and everyone that helped all of mankind take that giant leap.
HT WSJ